Can Colic in Infants Be an Early Form of Migraines? 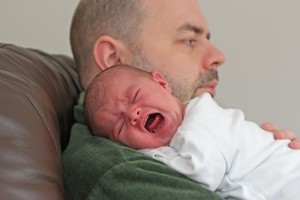 On April 16, 2013, Several major news sources, including USA Today, Reuters, the Huffington Post, WebMD and CBS news reported on new research coming out of France published in the Journal of the American Medical Association that links having colic as in infant and having migraines as a child or an adult. This is the 4th study to come out recently linking colic to migraines.

"In the study, children ages 6 to 18 who visited an emergency room for migraine headaches were about six times more likely to have experienced or frequent, unexplained crying? As an infant compared with children who visited the emergency room for other reasons. The new findings suggest infant colic and migraines may be symptoms of the same underlying condition, said study researcher Dr. Luigi Titomanlio, of the pediatric emergency department at Robert Debr Hospital in Paris."

But what could this underlying condition be?

When the upper part of the neck is misaligned it will change the flow of cerebral spinal fluid and blood to and from the brain. This change in CSF and blood flow can lead to a variety of neurological problems. Including colic in children and migraine headaches in adults.

When a baby is born frequently the upper neck is injured. This injury can show symptoms such as colic, GERD, ear infections and other childhood problems. If the upper neck injury is corrected by an upper cervical procedure such as Upper Cervical then the colic or other symptoms are frequently eliminated.

However, if the upper neck misalignment is not corrected, then migraine headaches or other conditions will frequently develop later in life.

So whether colic is an early form of migraines or not the underlying condition can be addressed safely, gently and effectively by Upper Cervical care.