Battling back from Concussions? 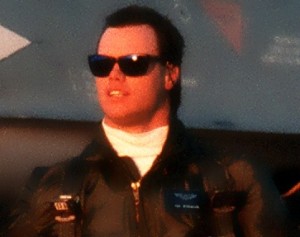 Throughout his professional football career, Jim McMahon played for seven teams and won two Super Bowls. Every day of every season, he put on his uniform, went out onto the field, and performed at a level few people could ever reach.

While, what the public saw was one of the best quarterbacks in NFL history, McMahon suffered from multiple concussions that caused him to continue to suffer from post-concussion syndrome. This has manifested itself as severe headaches, loss of memory, and early stages of dementia.

McMahon was quoted as saying in an interview, There are a lot of times when I walk into a room and forget why I walked in there. The problem of players suffering from post-concussion syndrome is so prevalent in the NFL that he attributes the suicides of two of his teammates Dave Duerson and Andre Waters to PCS.

Though, there is good news for McMahon. He said of an upper cervical chiropractor in New York, "I had a guy in New York that figured out I had vertebrae that was cutting off my spinal fluid. It was all backing up into my brain." He continued to speak of the amazing results of that adjustment by saying, "Once they adjusted those two vertebrae and all that stuff came out, I haven't had any headaches.

For McMahon, upper cervical chiropractic has been life changing. He no longer spends his days alone in quiet rooms trying to avoid the constant pain of headaches from post-concussion syndrome. His quality of life improved and even Dr. Raymon Damadian inventor of the MRI said he noticed an immediate difference. Those differences, Dr. Damadian said, are because of the release of cerebrospinal fluid that was once back up in his brain is now flowing normally throughout his body.

For years after his professional career, McMahon's quality of life suffered until one doctor took notice of a small yet significant misalignment in his upper neck vertebrae that was cutting off the communication between his brain and his body. A misalignment of only of a millimeter in the upper the upper cervical spine places pressure on the brainstem, which is the main way by which the brain communicates with the body. That can lead to all sorts of devastating effects including post-concussion syndrome and more.

If you are interested in seeing if your migraines are a result of a misalignment in your upper neck. Find an upper cervical chiropractor in your area by going to www.upcspine.com.

To schedule a complimentary consultation with Dr. Gottlieb, call 916-965-7155, or just click the button below.

Have Unexpected Vertigo Attacks? How to Cope

7 Signs You May Have Vertigo

Back Pain Relief for Gamers